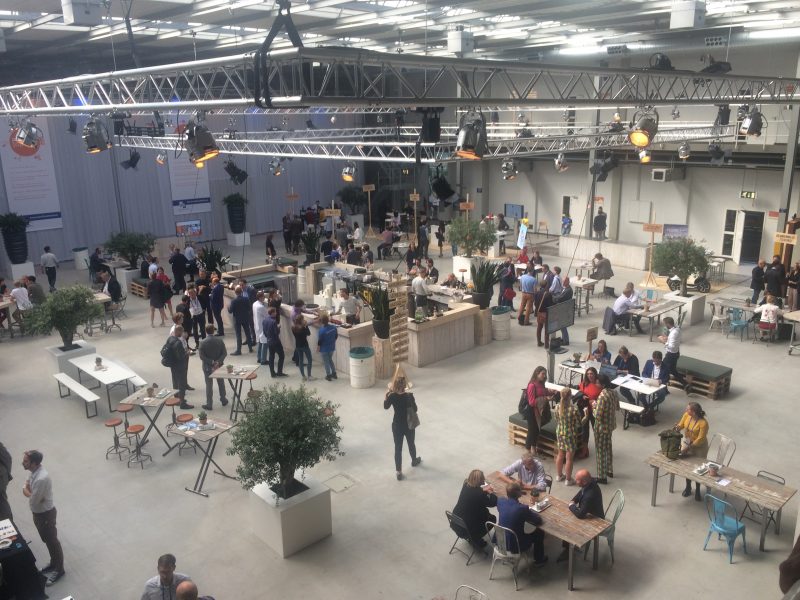 The Festival of the Future (het Festival van de Toekomst) organized by South-Holland province took place last Thursday, 13th September ’18 at Fokker Terminal, The Hague attracting numerous visitors among which startups, scientists, investors, and many others.The principal goal of the event was to promote a province with a better public space usage, smart mobility, climate change adaptation, and waste recycling.

The Festival Program was packed with all kinds of events from early morning until evening.  The Opening was made by Jeannette Baljeu (South-Holland Province representative) and was followed by a series of workshops and sessions in economics, transport, energy, and climate. In the afternoon a panel of judges listened to seven 3-minute pitches by startups presenting their innovative ideas in the sphere of water management. During the Closing Ceremony, three winners were announced and granted with hefty prizes (5,000 (Corazon), 15,000-(WaterMappers) and 20,000-euro (FieldFactors) cheques). Dominic Seldis (double bass of the Royal Concertgebouw Orchestra) provided an impressive finale of het Festival van de Toekomst with his unforgettable performance. 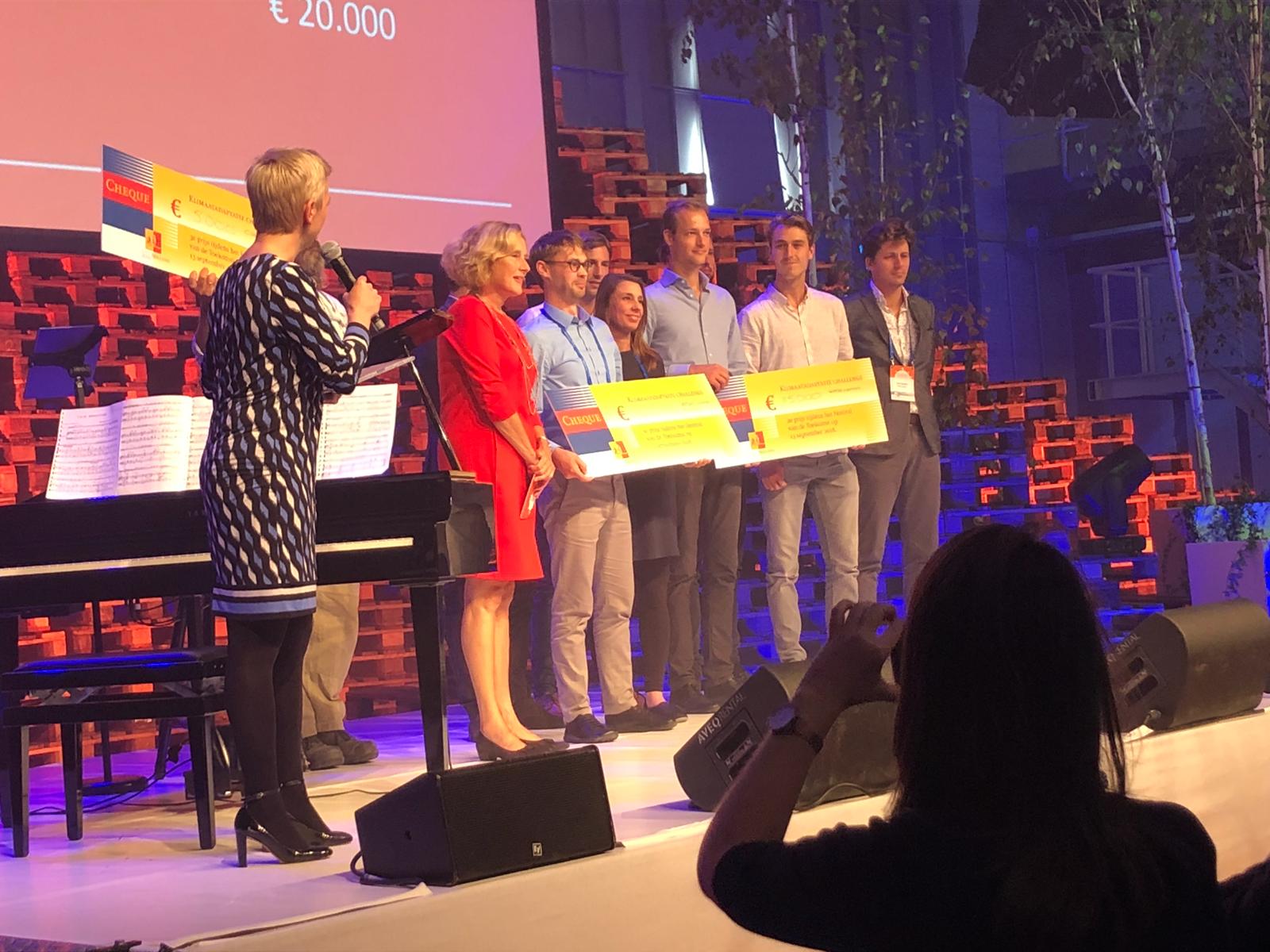 The Festival was very efficiently organized bringing a welcoming and open atmosphere to all the participants. The province of South Holland proved to be genuinely interested in innovation brought by young talents. For us, it was great to see our friends and community members like Uhoo and World Startup Factory as well as meeting new faces as BufferBlock, Rainbeer, WaterMappers, PlasticRoad, FieldFactors, Corazon, Polderdak. 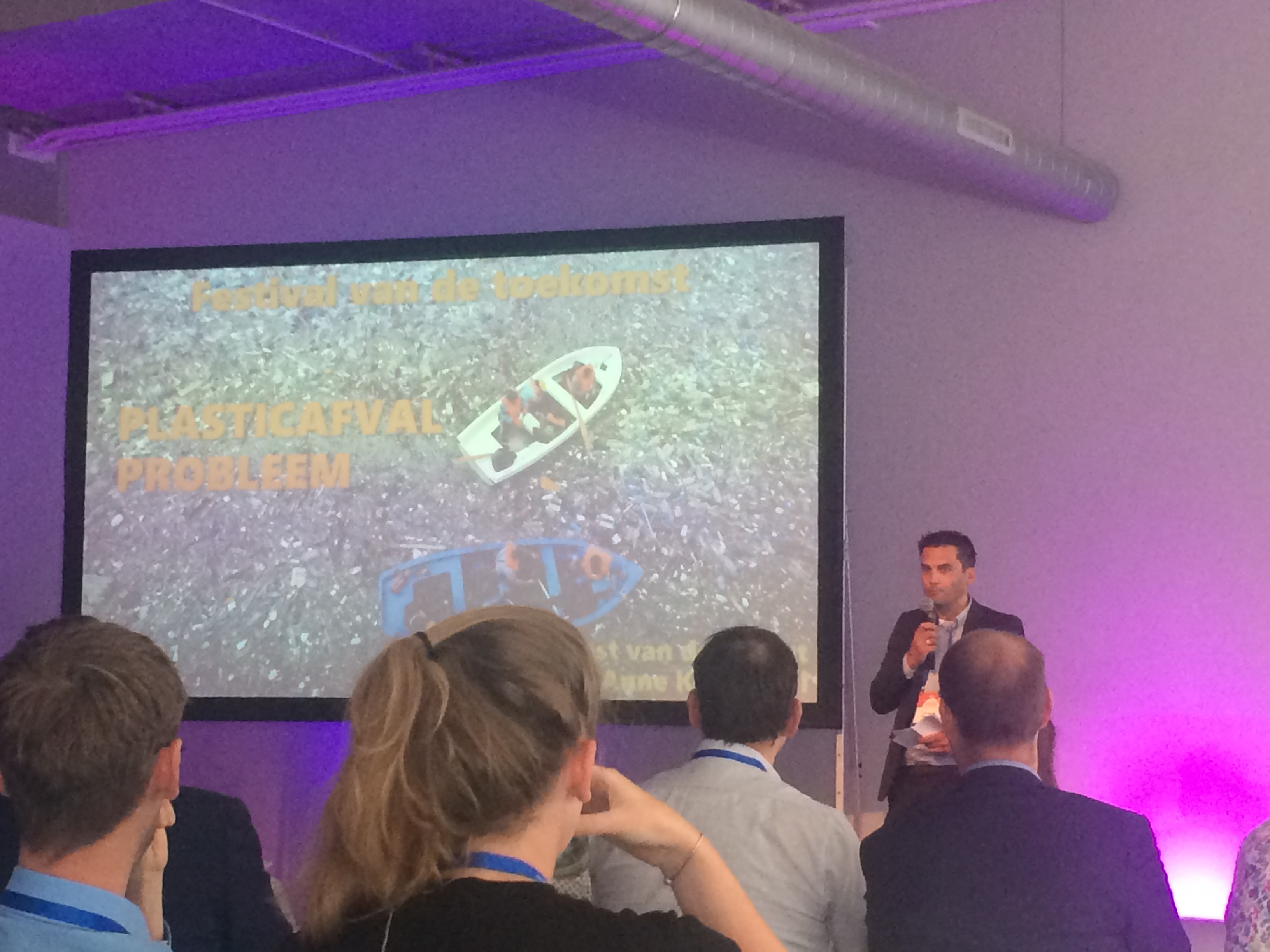